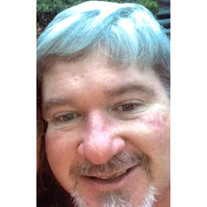 Scotty Lee Funderburk, 54, of Tifton, passed away on Saturday, February 23, 2019 at his residence. Funeral services will be held on Tuesday, February 26, 2019 at 3pm in the chapel of Baker Funeral Home with Joey Fowler and Michael Chafin speaking Born... View Obituary & Service Information

The family of Scotty Funderburk created this Life Tributes page to make it easy to share your memories.

Scotty Lee Funderburk, 54, of Tifton, passed away on Saturday,...

Send flowers to the Funderburk family.