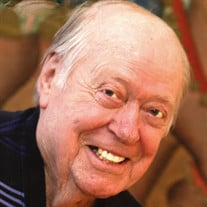 Ray Neal Maltby of Magnolia Manor Assisted Living, passed away on Thursday, November 11, 2021, following a brief illness. Ray was formerly from Albany, Georgia, and Indiana. Ray was born in Osceola, Indiana in 1934 and moved with his family to Dade City, Florida. His grandparents and other relatives had wintered in Florida during the 1930’s and 40’s; so, his family gave it a shot, purchasing a farm with an orange grove and chicken houses. They had to learn farming techniques real fast. He was a member of the Frist United Methodist Church in Dade City, Florida. Ray was in the fourth grade in school and was the only child of a snow-bird attending. He related stories of the P.E. teacher and boxing gloves as he had to box the local bullies to gain respect. Mr. Maltby was active in high school as he participated in the drama club, one-act plays, and was the only freshman selected to start on the Pasco High football team; playing defensive-end and line-backer. The football team were usually region champions. The coaching staff rewarded the team after a successful season with trip to Miami for the Big Orange Bowl game. He was a member of the Pasco High Athletics Association. Ray followed his brother, Loren to FSU. Loren had been an outstanding football player at Indiana University and FSU. Then joined the military and later became a teacher and coach at Fort Lauderdale, Florida until retirement. Ray did not pursue football as a career but chose a major in restaurant and hotel management. The draft board came calling at the end of his sophomore year and he enlisted in the Army serving three years. Basic training, he said “was tough” but with his two years of college test scores and being a good typist, he was placed in personnel and got to travel all over the world (and was paid!). After being honorably discharged, he returned to FSU, joined the Navy reserves, and received his college degree. He pledged Sigma Chi fraternity and was a member of the famous FSU Circus where he was a catcher on the high swings. A family named Deebe helped him and a friend to open a millinery in Albany, Georgia called Gene’s Hat Shop. The family later sold the farm and went into the antique business. Ray followed later and opened Ray’s Antiques on Broad Ave. He enjoyed all of his customers and the travel involved in purchasing items to sell for the shop. Mr. Maltby was a master chef and enjoyed serving his family and friends. He was one male that enjoyed grocery shopping. If you were invited to his home for a meal or one of his special party celebrations, it was always a treat. He had a great love for his family, friends, and neighbors and will be truly missed by everyone. He was preceded in death by his parents, Ziba and Lavina Pierson Maltby; brother, Loren Maltby; sister, Norma Maltby Godshalk. Survivors are nieces, Renee Oblinger and husband Bob of Seminole, FL, Sandra Horton and husband Tom of Dallas, Texas; nephews, Steven Maltby of Ft. Lauderdale and Ken Maltby and wife Sarah of Jacksonville, FL; several great-nieces and nephews; he is also survived by his long-time friend, caregiver, and business associate, Julian Grantham. Mr. Maltby's wishes were to be cremated and no formal services are planned at this time. Memorial contributions can be made to your favorite charity. Mr. Maltby believed in a 5:00 o’clock cocktail hour, good food, friends, good conversation and music, travel, and having a good time.

Ray Neal Maltby of Magnolia Manor Assisted Living, passed away on Thursday, November 11, 2021, following a brief illness. Ray was formerly from Albany, Georgia, and Indiana. Ray was born in Osceola, Indiana in 1934 and moved with his family... View Obituary & Service Information

The family of Ray Neal Maltby created this Life Tributes page to make it easy to share your memories.

Send flowers to the Maltby family.