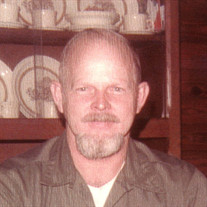 Obie Gene Johnson, 81, of Moultrie, died Saturday, March 19, 2022, at Colquitt Regional Medical Center. Funeral services will be held at 11:00 am on Tuesday, March 22, 2022, in the chapel of Baker Funeral Home with Rev. Tim Dudding officiating. Interment will follow at Baker/Hillcrest Memorial Gardens. Born on March 30, 1940, in Norman Park, Georgia, he was the son of the late Murray Johnson and Millie S. Crosby Johnson. He retired from Kelly Reeves Furniture and was a member of Mt. Zion Baptist Church. In addition to his parents he was preceded in death by his brothers, Junior Johnson, Mark Johnson, Daniel Johnson, and Wayne Johnson; sisters, Clara Jones, and Maggie Jones. Mr. Johnson is survived by his wife of 57 years, Mary Jane Wilson Johnson of Moultrie; son, Marcus Johnson of Moultrie; daughter, Tammy Johnson of Moultrie; grandchildren, Kimberly Johnson and fiancé Keith Walker, Corrine Ward and husband Brandon, and Aaron Johnson and wife Amy; great-grandchildren, Kayson, Kolton, and Trudi; sister, Dora Bragg of Albany, Georgia; and several other family members. Visitation will be held one hour prior to the service in the chapel of Baker Funeral Home on the day of the service. Arrangements entrusted to Baker Funeral Home.

The family of Obie Gene Johnson created this Life Tributes page to make it easy to share your memories.

Send flowers to the Johnson family.