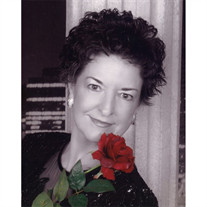 Mary Katherine "Kat" Daniels, 79, of Fayetteville, formerly of Moultrie, died Sunday, March 8, 2020 at Hope Center Memory Care. Funeral services will be held at 3:00 pm on Wednesday, March 11, 2020 in the chapel of Baker Funeral Home with Rev. Julian Griner officiating. Visitation will be held one hour prior to the service at the funeral home. Born on January 1, 1941, in Ocilla, Georgia, she was the daughter of the late John Sirmans and Elda Jane Whitley Sirmans. She was a bookkeeper for a CPA firm, Robert, Meeks, Spicer, Ashley and Sumner and was of the Baptist faith. In addition to her parents, she was preceded in death by a granddaughter; and brothers, Charlie Danny Sirmans, Larry Sirmans, and John M. Sirmans. Mrs. Daniels is survived by her husband, Thomas Perry Daniels of Fayettville; sons, Kevin Tolliver and wife Lynn of Wetumpka, Alabama and Blake Daniels and wife Caroline of Valdosta; daughters, Tonya Roberts and husband Jason of Sharpsburg, Georgia, Tisha Daniels of Moultrie, and GiGi Livingston of Norman Park; 1 special granddaughter, Whitney (Crosby) Guinn and several other grandchildren and great grandchildren; sister, Loudelle S. Hooker of Valdosta and several nieces and nephews. Arrangements have been entrusted to Baker Funeral Home. Condolences may be expressed at www.bakerfhga.com

The family of Mary " Kat" Katherine Daniels created this Life Tributes page to make it easy to share your memories.

Send flowers to the Daniels family.