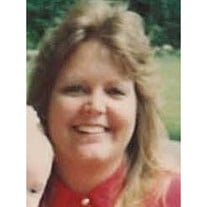 Kathryn Marie Collins Faircloth, 58, of Quitman, Georgia, died Thursday, August 29, 2019 at Archbold Medical Center. Funeral services will be held on Saturday, August 31, 2019 at 11:00 am in the chapel of Baker Funeral Home with Rev. Larry Harris officiating. Interment will follow in Sardis Church Cemetery. Lester Faircloth, Daniel Montgomery, Jerome Burgess, Kaleb Moore, Austin Watson, and Kim Collins will all serve as pallbearers. Born on November 12, 1960, in Moultrie, she was the daughter of Edna Dora Lamb Burgess and Frank Collins. She worked as a credit manager for Millwork Sales and was of the Baptist Faith She was preceded in death by her brothers, Donnie Collins and Steve Collins; and her father, Jarrell L. Burgess. Mrs. Faircloth is survived by her husband, Lester Faircloth of Quitman; daughter, Shelby Montgomery and husband Daniel of Quitman; mother, Edna Burgess of Moultrie; biological father, Frank Collins of Knoxville, Tennessee; brothers, Jerome Eugene Burgess and wife Sallie of Moultrie. And Kim Collins and wife Mary of Orlando, Florida. Visitation will be held on Saturday, August 31, 2019 from 10:00 am - 11:00 am, prior to the service in the chapel of Baker Funeral Home. Arrangements have been entrusted to Baker Funeral Home. Condolences may be expressed at www.bakerfhga.com

The family of Kathryn Marie Collins Faircloth created this Life Tributes page to make it easy to share your memories.

Send flowers to the Faircloth family.