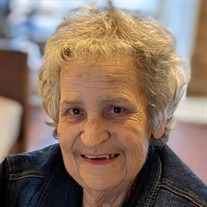 JoAnn Strawder, 76, of Cumming, Georgia, was born February 20, 1946, in the sleepy, rural township of Lenox, Cook County, Georgia, a child of the baby boomer generation and the first-born daughter of both Pauline Coker and Herman Webb Blizzard. Having lovingly been looked after by her daughter and her family during the final years of her life, she slipped away peacefully mid-afternoon on May 10, 2022, and is now free of pain. During her early years, JoAnn lived in a rustic three-room farmhouse with an outhouse on a dusty, dirt road where she and her siblings playfully scampered through fields of cotton. A child of the old South, she was often nostalgic, reminiscing about her paper dolls (cut from the Sears and Roebuck catalogs), and walking miles into town to see a movie projected onto the canvas of a horse-drawn wagon in the late evenings. Sadly, times were hard in bucolic communities following the depression and her family faced the crises of destitution and displacement; for a time, she and her siblings were transiently placed either with extended family members or in the care of the state. In later years, she was reunited with her spirited mother and adopted by her mother’s new husband, Paul Bolton. At the tender age of 17, JoAnn wed (W.T.) Chuck Sumner. However, subsequent to the birth and tragic loss of their infant daughter, Sherry Ann, they parted. Facing a time of personal change and the country’s time of revolution, she met and married her husband of 48 years, Thomas Edward Strawder, while working in a truck-stop cafe. JoAnn’s husband being a Mason and she being his Lady, she joined the Order of Amaranth (whose precept was Duty to Faith, Country, and Fellow Man); together, they served their community and her family. Empathetic to their plight, JoAnn became a tireless and devoted caregiver, providing sanctuary to her mother, her father, and her older brother during their time of great need. Thomas and JoAnn eventually settled in Lithonia for three decades, where she took a job building fluorescent lighting. After retirement, she and her husband decided they wanted to travel, so together they became over-the-road team drivers, running coast to coast, and at times, across the border. She is now lovingly reunited with her husband; her mother and father; her daughter; her sisters, Helen Dianne Garfield, Sharon Darlene Bolton, and Patricia Ilene Blizzard; and, her brother, Richard Paul Bolton. Left to treasure JoAnn’s memory are her children: Sharon Michell (Chris Keif) and Thomas Edward, Jr. (Allison nee Cash); her grandchildren: Elizabeth Rachel Strawder (Max Currie), Haley Christine Blount, Jennifer Aylin (nee Goldberger) (Mason Mott), Hannah Marie (nee Keif) (Amir Bajraktarevic), Jessica Nicole Strawder, Eric Christopher Blount, Elias Cuchulainn Keif, and Cyril Kasimir Keif; and, her great-grandchildren. Also, JoAnn’s brother, Billy Gene Bolton; her brother-in-law, Stefan Byron Garfield; her former son-in-law, James Paul Goldberger, and former daughter-in-law, Dianna Faye West (nee Johnson). Collectively, JoAnn is remembered for her strong-willed independence, her devotion to her family, her humor, and her prudence. She will be buried Friday, May 13, at 1 p.m. All are welcome to join graveside as she is laid to rest alongside her husband in China Grove Baptist Church Cemetery and their extended family.

The family of JoAnn Strawder created this Life Tributes page to make it easy to share your memories.

Send flowers to the Strawder family.