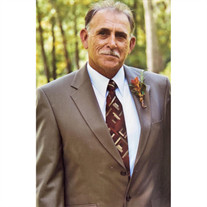 George Franklin Taylor, Jr., "Buddy" was a long-time member of the community. Buddy passed away Saturday, October 17, 2020 surrounded by his family at Tift Regional Medical Center after a long-term illness. Born on June 30, 1946 in Moultrie, Georgia, he was the son of the late George F. Taylor Sr. and the late Vivian Meaux Taylor. Buddy grew up working with his father at the local family business, Taylor Manufacturing in Moultrie. He was quite athletic during his youth and played as a starting defensive cornerback for the 1963 state championship runner-up Colquitt County Packers. Recently the team was inducted into the Colquitt County Sports Hall of Fame. Buddy took mechanical drafting which he applied as a mechanical designer at Taylor Manufacturing where he worked alongside his father.  Buddy was proud to use his mechanical drafting abilities to work and serve at Newport News Virginia Ship and Dry Dock Company where he helped with the design and construction of the Chester W. Nibbits nuclear war ship. Along with his other creative talents, Buddy was also a local artist. He produced a number of prints which are still available which focused on rural farm and rustic seaside themes that he was exposed to throughout his life. He is survived by his loving wife, Sue Horne Taylor of Norman Park; son Clifton Taylor and wife Amanda of Moultrie; son Kevin Taylor of Moultrie; son Brett Taylor and wife Megan of Norman Park; stepson Jason Gibbs and wife Jill of Sylvester; stepdaughter Suzanne Booth of Norman Park; stepdaughter Trina Tillman and husband Jamie of Norman Park; and sister Cecile Taylor Junkin and husband Jimmy of Athens, Alabama; grandchildren, Jordan Hardin, Owen Taylor, and Carson Taylor all of Moultrie; Austin Leigh Taylor, Vivian Taylor, Nora Kate Taylor and Nolan Taylor all of Norman Park; Jessica Gibbs of Sylvester; William Booth, Colby Booth, and Christopher Booth of Norman Park; and Hannah Tillman of Norman Park; niece Ginger Hollingsworth of Lake Charles, nephew Blaine Junkin, and nephew Wesley Junkin of Tuscaloosa; niece Kristen Taylor of Moultrie and niece Laura Taylor Calloway of Moultrie; great-grandchildren Parker Hardin,  Khloe Booth, and Maddy Booth. He was preceded in death by his brother Terry Taylor of Moultrie. Buddy was very loved by all those who knew him. In lieu of flowers donations can be made to the Alzheimer's Association. 225 N. Michigan Ave. Floor 17 Chicago, IL 60601 A service will be held at Baker Funeral Home on Wednesday, October 21, 2020 at 10 am with Rev. Jody Jordan and Rev Jimmy Voyles officiating. Arrangements have been entrusted to Baker Funeral Home.

George Franklin Taylor, Jr., "Buddy" was a long-time member of the community. Buddy passed away Saturday, October 17, 2020 surrounded by his family at Tift Regional Medical Center after a long-term illness. Born on June 30, 1946 in Moultrie,... View Obituary & Service Information

The family of George "Buddy" Taylor created this Life Tributes page to make it easy to share your memories.

George Franklin Taylor, Jr., &quot;Buddy&quot; was a long-time member of...

Send flowers to the Taylor family.